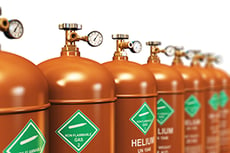 Liquid helium is the lifeline of tens of thousands of scientists and engineers across the global discovery and innovation landscape, including universities, industries, and national laboratories. Since 1908, liquid helium has enabled the development of billion-dollar industries, fueled essential life-saving medical diagnostic tools, inspired thousands of patents, and generated numerous Nobel prizes. The supply of liquid helium remains essential to future innovation.

Helium is a scarce and non-renewable natural resource. Its availability on Earth is low and it is not gravitationally bound to our planet. Therefore, any time helium is vented and not recovered at the source – whether during natural gas extraction or while performing scientific research – it is lost forever. And there exists no alternative for this important resource when the worldwide supply is exhausted.

This is why this upcoming July 10th, on the 112th anniversary of the first liquefaction of liquid helium, we would like you to join with Lake Shore Cryotronics, Quantum Design*, and other members of the cryogenics community in the celebration of a worldwide Helium Conservation Day, aimed at increasing awareness for helium conservation around the world.

* Thanks to QD, who launched Helium Conservation Day in 2019 and asked us to help spread the word about its observance.